Let me tell you, it was hard picking this year. There were many good films that got left off our list and it would have been no problem planning three evenings of movies. Do you think the people of Huntsville and beyond would support three shows? Let me know by making a comment below.
In any case, you will find a wide range of subject matter when the Banff Mountain Film Festival World Tour stops in Huntsville this year, with everything from fly-fishing in Russia, to skiing in Kashmir, to madmen jumping off cliffs, to tragedy and redemption in the mountains, to cute kids on bikes and even a bit of hair growth! Thanks to Seana Strain and Paul Price of the BMFF for their assistance in planning this year's program. Tuesday night has a total of two hours and nine minutes of films and Wednesday is a bit longer, at two hours and 11 minutes. There will be an intermission and great door prizes! Like last year, I have not consciously tried to pick a theme for each night. There may be one but we will have to wait till movie night and see what develops. There are several ski-related films but that was was mostly because there were more ski films in the line-up.

Go to both nights and save! Remember, if you go to both shows and save your ticket stubs, you can receive a one-time discount of 15 % on any regularly priced item at Algonquin Outfitters in Huntsville or Oxtongue Lake.
Please note that the films are listed in alphabetical order, NOT in the order they will be shown. There is a slight chance that the film selection may change as new films can still be added to the availability list.

AZADI: Freedom takes a look at Kashmir in the wake of the violent militant insurgence of the 90s through the lens of skiing. The unique role that skiing is playing in rebuilding tourism in Kashmir is explored using cinematography, animation and story of local characters. The film crew explore the future presented to young Kashmiri as they venture into the mountains, backcountry skiing. The world’s highest skiable gondola sits amid the most militarized region in the world, yet the freedom of adventure is drawing foreigners back to this former Shangri-La. Photocredit: Anthony Bonello, from the film 'AZADI: Freedom'

Chimæra refers to a mythological fusion of forms or a foolish fantasy. Shot with a unique camera system capable of shooting over 1000 frames per second, this film slows our perception of reality and offers an unprecedented look at a skier's life. It is an experience that blurs the borders between real and imaginary.

Award at 2010 BMFF: Best Film on Mountain Sports, sponsored by ‘Live out There’

The Kamchatka Peninsula in the Russian Far East may as well be the end of the earth. Its enormously wild landscape is swarming with bugs and bears and threaded with rivers full of massive mouse-eating trout. In this stunning film, fishing is poetry; Bigfoot lurks in the fog and fishermen risk life and limb in decommissioned Cold War helicopters to explore rivers that have never been fished before. Photocredit: From the film 'Eastern Rises'

Cutting edge climber Dean Potter is innovating climbing for the future: the Base Free Solo. By combining free solo climbing and base jumping, Dean is on his quest to master the various disciplines that lead up to this bold evolution of the sport. Photocredit: From the film 'Fly or Die'

Kranked Kids - Just down the Road 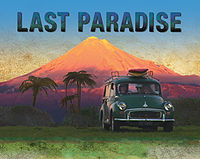 In the remote wilderness of New Zealand, when necessity was the mother of invention, a maverick bunch of kids concocted a dream which they would one day share with the world. Through 45 years of stunning original footage we relive the journey of legendary extreme sports pioneers on the roads less travelled, to paradises which have long since gone. But for one.  Photocredit: From the film 'Last Paradise'
Wednesday, Jan. 19, 2011. Showtime: 7:30 PM.
Get tickets by clicking here. 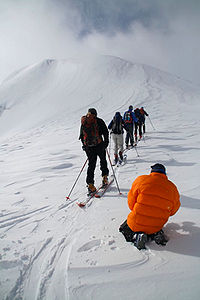 Living with his wife and two young daughters on a remote glacier in the Selkirk Mountains of British Columbia, Ruedi Beglinger has built a reputation as one of the top mountaineering guides in the world. A Life Ascending follows his family’s unique life in the mountains and their journey in the years following a massive avalanche that killed seven people. The film ultimately explores the power of nature as both an unforgiving host and profound teacher. Photocredit: Stephen Grynberg

Life Cycles provides some of the most visually stunning images the mountain sports world has ever seen. It’s a beautiful celebration of the bicycle, and is sure to amaze anyone who has ever ridden one. Photocredit: From the film 'Life Cycles'

An office worker in Düsseldorf, Germany, falls asleep in the tramway on his way to work and wakes up on a beautiful mountainside to discover that he is carrying a paraglider in his laptop. Photocredit: From the film 'Rush Hour Dream' 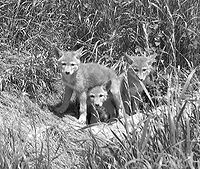 Compiled from the highlights of a whole year of wildlife research, these still images from motion-triggered wildlife cameras to create an intricately sequenced movie-like production of Alberta’s amazing wildlife. Playful fawns, stalking cougars and curious elk take centre stage. The film asks an important question: just who is looking at whom? Photocredit: From the film "Still Motion"

Time lapse of a 1-year-walk from Beijing to Urumqi. Unlimited growth of beard and hair. Photocredit: From the film 'The Longest Way' 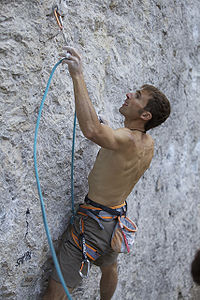 Ueli Steck may be the greatest speed alpinist the world has ever seen. In this film, Ueli tells of his record-breaking ascents in the Alps, accompanied by stunning aerial footage that captures him racing up 8,000 foot alpine faces. When he joins Alex Honnold in Yosemite, Ueli sets his ultimate goal: to take his one-man alpine speed game to the largest, highest walls in the world. Photocredit:
From the film 'The Swiss Machine' 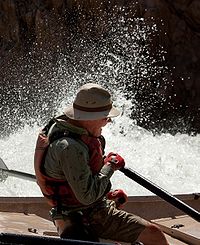 When ordinary people share a singular passion, the extraordinary emerges. WildWater is a journey into the mind and soul of white-water, into the places only river runners can go, places of discovery, solitude and risk. It’s a visually stunning feast for the senses, and an expedition into new ideas. Photocredit: From the film "WildWater"
Posted by Gordon Baker at 4:40 PM